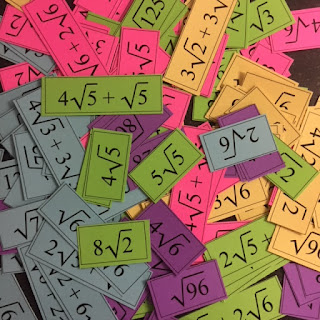 This is supposed to be a quick introduction activity to mixed radicals. Rather than just tell students what mixed radicals are and how they behave, we would start with these and have them explore first and then consolidate afterwards. There are four groups of cards where each group has a different "root" radical. Within each group there are three sets cards that are all equal in value but different in form. Students have to arrange group the cards that are equal and hopefully come up with the connection between a radical in different forms. There is a physical card version as well as a Desmos Cardsort version. 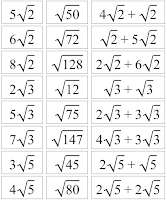 Did you use this activity? Do you have a way to make it better? If so tell us in the comment section. Thanks